Astrology is the oldest science of humanity on which all religions are based. Here and here I explained that the true knowledge comes through the illumination of the first Hermes, King Enmeduranki, who was a saint in the town of Sippar before the Flood around 5500 BC.

Astrology is an exact science that should not be based on intuition, but on accurate mathematical calculations and knowledge. However, where a formula or algorithm is flawed or misunderstood, there is no way you can get a true or accurate horoscope natal chart. 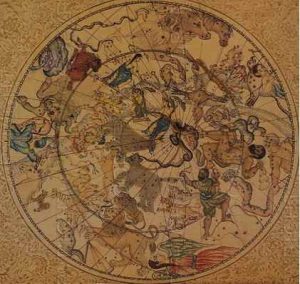 In Mesopotamia the fixed sidereal zodiac was primarily used. It was and still is the zodiac, which depicts the situation on the sky and it is referring to the fixed stars and constellations and it reflected and reflects the living picture of the sky and is based on the precession, solstices and equinoxes, which vary in time! This zodiac is used today by few astrologers, some of which vedic, but not all vedic astrologers use siderial zodiac. I do use the fixed babylonian sidereal one.

This delusion begins with Ptolemy, who around hundredth year after Christ introduced the tropical zodiac, which is based only on the change of seasons, which are not even the same for any point on the planet. Tropical zodiac coincides with the vernal equinox of 0° of Aries from about 2000 years ago, when Ptolemy popularized it. But the vernal point is not there anymore!

A note: there was a tropical zodiac also in Mesopotamia, but it was built differently, divided by ideal months and the equinox was in the 15° of the 30° equal houses. Signs and constellations were not part of this zodiac and it had totally different purpose.

The above explains the reason why your horoscope is wrong with 24°!

Watch the night sky to understand the mistake yourself!

This seemingly small type of error has resulted in the following changes: inability to use and interpret in the tropical zodiac the fixed stars and the constellations which are otherwise so important. Inability to apply terms and dodekatemorias who were replaced by elementary decanates that give only limited knowledge and not the whole truth in the interpretation of the horoscope, and finally, the tropical zodiac cannot make use of many other ancient and antique techniques such as primary directions or simple profektions that are inapplicable in the tropical zodiac because it is wrong. For the house system I choose not to talk!

What remains then from the tropical zodiac and why the modern astrologers can “guess” to some extend your destiny? Because the aspects between the planets will not change. Practically they make a horoscope chart reading based on the aspects and intuition. Without intuition they would not manage. The true astrologer uses only knowledge to read your chart and predict, not intuition. Intuition is for wizards. It is a wonderful thing to be intuitive, but the true astrology can manage also without it.

And how the modern astrologers who use the tropical zodiac compensate the error of 24° I spoke about? Quite simple. They created new astrological terminology such as psychological astrology, quantum astrology, karmic astrology… Names. It is extremely ridiculous and misleading. Everything in astrology is karma where your personal emotions and psychological profile are encoded. Astrology is only one and it is the first science of humanity. The other is ignorance and ignorance compensated by pseudo psychology, quantum karma and whatever…

What is the purpose of this massive simplification of the most ancient science of astrology and the zodiac? The aim is to keep people ignorant, and not to be able to use astrology in its full power and to keep people stupid, blind, sick and good servants of the matrix. 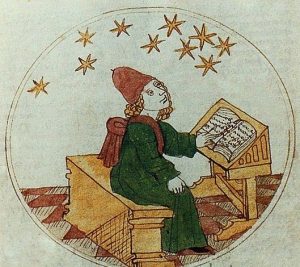