VENUS RETROGRADE AND INVISIBLE IN OCTOBER AND NOVEMBER 2018. HOW WILL THIS AFFECT US?

VENUS RETROGRADE AND INVISIBLE IN OCTOBER AND NOVEMBER 2018. HOW WILL THIS AFFECT US?

On 30th September Venus became invisible, combust or hidden in the rays of the Sun.

On 2nd November Venus will become visible again as a Morning Star, but still will be retrograde.

From 15 to 17th November Venus will be stationary again until on 19th November she becomes direct and visible.

How these heliacal phases of Venus affect us?

Let’s not forget that the invisibility, the retrograde and the stationary motions of the planets are only such from our perspective and that the planets are always there in heaven moving and existing.

During these phases Venus will be in inferior conjunction meaning that she will be very near us and we will feel her energies very powerfully. 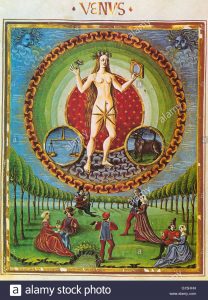 On 4th October Venus is changing the direction of her motion in the 16° of sidereal Libra. This is only two degrees further from Gemma a star with 2,2 magnitude and associated with art, creativity, design, knowledge, success, luck. Venus is also in a place, which she is ruling- Libra. So, the emphasize will be on what Libra means and also on what this particular degree brings.

The stationary and the retrograde phases are not considered very auspicious, but such that will bring us back to lessons or events that will have important meaning for us or possibilities to solve karmic debts. This is mainly true for the retrograde phase. While retrograde Venus may bring us back to people, experiences and emotions that we know already from before. While stationary, we may find ourselves stuck in emotional, financial, and love reality that we wish to change. Well, Venus is stationary only for a few days and these days will not be beneficial in terms of relationship, money, arts, creativity. In the natal chart the stationary phase will have slightly different meaning.

Venus rising as a Morning Star

When on 2nd November Venus rises before the Sun on the eastern horizon, she will be visible male deity. She will be Inanna from Akkad or Athena Palas the God of war, wisdom, and knowledge. Exactly this is what the heliacal rise will bring us: knowledge, wisdom, money and love. Let’s not forget that in the meantime Venus will still be retrograde. So, our love and partnership, financial and money issues may not be completely solved.

On 15 November Venus will be stationary again for two days in order to turn direct.

On 19 November she will finally be direct and visible and will become direct to start her normal motion in the 1st degree of sidereal Libra. This will be a gift especially for those who have Libra rising, Sun, Moon, MC, and Venus in Libra. We will feel the non-complicated and clear energies of Venus in our personal lives, businesses, and studies.