Venus and what her symbolical birth on 8th February will bring us?

Venus and what her symbolical birth on 8th February will bring us? 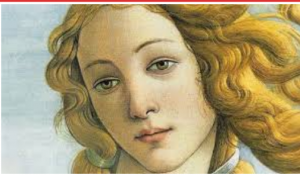 Venus is invisible now, because on 10th of December she disappeared heliacaly. This means that she died symbolically in the rays of the Sun, and will remain invisible until 7th of February when she will be born again as an Evening Star after sunset on the 8th February.

What is the meaning of the heliacal rise and disappearance of a planet and of Venus in particular?

Venus can be sometimes to the left of the Sun, other times to the right of him, but her maximal distance from the Sun can never be more that 48° and she can only be seen in the morning before sunrise and in the evening after sunset and then she will be Morning or Evening star. In both cases she represents different deities, the masculine Inanna from Accad and the femining Inanna from Uruk. These two archetypes of Venus denote different qualities to the horoscopes and with this to the qualities and the destinies of the people. Of course, until she was invisible or as I said above, symbolically death, then she represented other characteristics and events.

What this heliacal phenomenon will bring us on individual level?

Venus became invisible in Scorpio where she is in a fall. She will be born again in the 3° of sidereal (astronomical) Aquarius and in the 28° of tropical (modern) Aquarius. This is her symbolical birth and since it is taking place in Aquarius, if you have ascendant, meridian (MC) Aquarius, Sun, Moon in Aquarius, you will certainly experience the blessing of Venus differently, depending on your horoscope and also what her zodiacal state in your natal chart is.

Venus rises in Aquarius, but where precisely? She rises in the 3° where the river Eridan (the constellation) rises. This is a positive, very esoteric and spiritual point in heaven. This will support the generous blessing of Venus in terms of spirituality, enhancing intuition, and other matters that are individual in every horoscope.

Aquarius is a sign that is like “a place of dignity” for Venus in particular, because even though this is not her place of exaltation, there she receives the light of the Sun due to the position of the spring equinox and the warm relationship between the Moon and Venus having it’s roots in the Babylonian mythology. So, Venus is happy and harmonious in Aquarius.

All related to the heliacal rise of Venus in Aquarius looks harmonious with the small exception, that Venus is forming a square with the Moon. This could be a reason for some challenges in the love relationships and the friendships of the people.

In a global sense her appearance will have different meaning and I will explain you what the mundane meaning of the heliacal rise of Venus is.

The meaning of the symbolical birth of Venus to the world 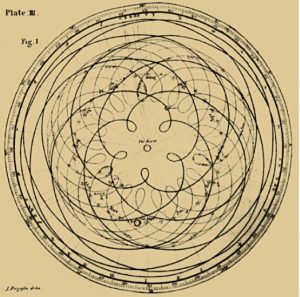 The divine path of Venus is clear. She forms the beautiful Pentagram. Very important is to know that it is always better if at her heliacal rise, she reaches her “secret place” or her exaltation place Pisces. On 8th of February when she will be born from the rays of the Sun, she would not have reached Pisces and according to the ancient Babylonian omen phenomena, this is not a good omen. The meaning of this is that when she becomes visible on the West as an Evening Star as she is and not having reached her “secret place”, the Gods will be angry with Amarru. Amarru in Mesopotamia responds to the contemporary Europe. Thus, bad omen for Europe.

Further, in Heaven there are three celestial paths- the Paths of Ea, Anu and Enlil. Imagine them literary as three pathways in heaven.

If Venus rises in the Path of Anu- prosperity of Elam. Elam on the contemporary map is China.

If Venus becomes visible in the Path of Anu- the Gods will become reconciled with Elam, the king of Elam will have no rival. Once again, link to China and the prosperity of the country- good omen for China.

If Venus rises in the month of Shabat in the evening, the crop of the land will fail.

Which land? Venus is the star of Elam and the Gods will be angry with Amarru. Thus, the meaning is that both: Europe and China might have poor agriculture this year. We need to take in consideration that according to ancient texts, the sign Aquarius stands for Denmark, part of Russia, Sweden, Germany, Egypt, and Afghanistan.

When Venus rises on 8th February shortly after the Sun sets, we need to watch how bright she shines. The steadier and the brighter she shines, the more blessing and benefic influences she will denote both, to people and countries.

This was my review on the heliacal appearance of Venus on 8th February. She will show up very shortly after sunset. Watch her with unarmed eye. See how she looks, how bright she will be, how steady her shine will be and make your own conclusions based on my description above and above all, on your intuition.

If Venus misses the day of her planned appearance, pity, this is a bad omen. This will influence the whole world and the financial markets negatively. If this happens, I will need to rewrite this analysis completely.