Why December is always the most miserable month of the year? Analogy with ancient Mesopotamia

Why December is always the most miserable month of the year? Analogy with ancient Mesopotamia

This report is made using the sidereal Babylonian zodiac, as used 5000 years BC in ancient Mesopotamia, depicting the real situation on the sky, and not the tropical zodiac that is used by almost all contemporary astrologers and does not show the astrological reality but a zodiac with deviation of 24°. 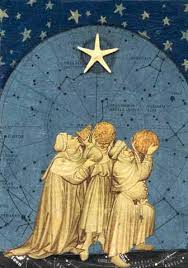 To answer this question we need to look at life as a series of repetitive astrological cycles.

How to analyze the astrological cycles.
Astrological cycles depend on where the tropical points are at any given moment- the points of the spring and summer solstice and the winter and autumn equinoxes, moving opposite to the direction of the zodiac.

Here I explained what the precession cycle is and where the point of the spring equinox is now.
Earth’s axis is precessing – rotating obliquely around the axis of the ecliptic in the direction opposite to the direction of the motion of the Earth around the Sun with a period of about 25,800 years (Note by Krasi- Wikipedia).

Note: The precession is standing in one astrological sign around 2100-2200 years. For convenience in calculating let’s assume that they are 2000 years. Now precession is in 5.00° in fixed Pisces and as we said Aldebaran is in the 15° in fixed Taurus. This means that we have 5 degrees to the new era of the new 2200 years. We are talking about period of 2000-2200 years, and if we calculate exactly, this is the time during which the precession passes through 30°, i.e. an entire sign. Since precession moves in opposite direction of the zodiac signs, i.e. counterclockwise, this means that we have 5° to the new era of the new 2200 years. 5° for each person on Earth to enter into the new era!

Sumer existed from about 5500 BC to about 2300 BC when the Akkadian Empire fully conquered it from about 2334 to 2279 BC, with the reign of Sargon Akkadian.

What happened then from astrological point of view?
Mesopotamia existed and flourished as a highly developed civilization in the Age of Taurus, because the vernal equinox crossed the sign of Taurus about 2000-2200 years. 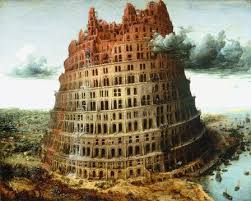 However, when nearing the end of an era, just about 5° in Taurus, or exactly when remained only 5 degrees to the beginning of a new era, that of Aries, the Akkadian Empire with the main city of Babylon prevailed and conquered Sumer to dominate with its own language and start changing the Sumerian culture and even astrology.

This is a map of the current vernal eqionox. 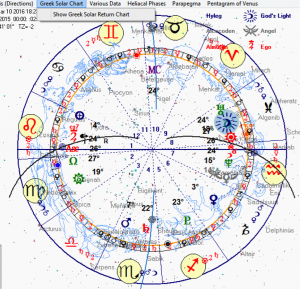 If each degree is equal to 72 years, so, after about 360 years will be in the beginning of the Age of Aquarius.

Do you see the analogy with ancient Babylon?

Also then the remaining degree until entering into new zodiacal sign or a new era were only 5°! And also then the times were troubled. Then Babylon was full of “refugees” and people of all cultures. Then was the end of the Golden Age of the Sumerian culture.

The end of each era is fraught with trials and promises “interesting times.”

3. What about December? Why is it always so tragic and filled with losses?

December is the end of a mini cycle of 12 months. Each end of any cycle is difficult. See above.

Furthermore, in Mesopotamia each month was ruled by a deity which is rendering its qualities and characteristics to the month she/he/they rule. This teaching is fully valid today and goes hand in hand with the fixed sidereal Babylonian zodiac.

Imagine what qualities bears a month run by 7 unrelenting evil demon! This is the month that marks the end of a mini-period of 1 linear year.

For it december is always difficult and carries a wave of misfortune even more now, when the vernal equinox entered a new dodecatemoria, the one of Mars!

certified astrologer from the academy of Robert Zoller in London 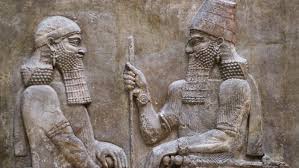