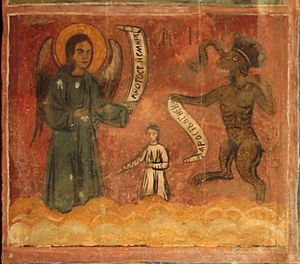 Do we have a free will? Everyone is concerned with this topic. How much can we change and model our destinies? In this article I will try to answer this by giving a specific example with a horoscope with the means of the ancient Babylonian astrology.

It is very fashionable to speak about the free will that each one of us has, and it is particularly convenient when astrological analysis is made, the modern Western astrologer gives different options and opportunities to carry out an event in the future. You will often hear the saying that an event “will happen this way, but if you work it out, then, would happen differently” … Isn’t it because of the lack of knowledge and experience and the desire to find an excuse by citing the mantra “Free Will”?

What does free will mean? 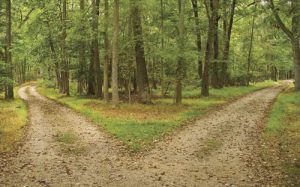 The free will is not to do impenetrably what we want in this reincarnation on earth, but it is probably the freedom to choose one or another fateful path. The question is, is it possible, and if so, to what extend?

Where is free will in the horoscope?

Ancient astrology, as it has been practiced since Mesopotamian times for more than 7000 years already, gives us a serious supply of astronomical and astrological knowledge so that we can be extremely specific when analyzing a natal chart and predicting future events.

The predicting techniques are many, all very specific and they are based only on the seven planets Sun, Moon, Mercury, Venus, Mars, Jupiter, and Saturn. Even without using the new transsaturnian planets Uranus, Neptune, Pluto, which the ancients knew about, but did not use for a reason, we can still be specific.

Everything is based on the knowledge, the understanding, and the knowing of the living sky, the movement of the earth axis which is the cause of the precession, the living images of the constellations and their meanings, the heliacal phases and the rising times of the planets and the stars, and thousands of things, far more and different than the planetary aspects that modern astrology basically uses in analysis.

In the making of a horoscope with predictions, a strict order and system, created by ancient priest-astrologers is used. There is no room for the system: “it may happen, but if you do so … it might not happen” and other such apologies, untrue and unreal “maybe” assumptions.

Here is another example:

The native has in his natal chart opposition of Saturn and Venus as Saturn is stronger. This opposition itself promises problems with marriage and women. At 38, the native loses his wife, because Saturn’s small rising time is 30, and Venus’s is 8, and the total is 38. Thus, this gives 38th year of age.

Another example. At age of 35 the native received great personal recognition. This is because Jupiter (sidereal) is in Gemini in the 10th house where he exalts. The rising time of Gemini is 35. That is why the event takes place at his 35th year of age of the native.

We can also be quite specific by adding primary directories, profections, analyzes of the heliacal phases of the planets in the natal chart and much more.

The issue of ethics and how much we can say to the native from what we see in his/her natal chart is another very serious topic.

In the above examples, where is the free will?

But, let’s continue the analysis.

Specific meanings of the planets

“As above, so below” is the basic rule of Hermes. In other words, what happens between planets and constellations in the sky, inevitably will affect the horoscope and through it the life of everyone of us.

Each of the seven planets is a living organism and carries its specific features and meanings and gives it to the horoscope of the native. 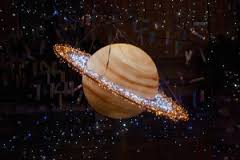 The malefic Saturn, for example, has mostly negative characteristics. Saturn is called the God of Tears, the Lord of Time, the Great Teacher, because of the tough events, through which he teaches us in order to relieve our karma. Such is Saturn in itself, and the details around him and what he will give us come from how he is placed and the way the other planets “look at” him through aspects or other configurations. All these details give specific events and, if there is any deviation from them, it is again specified in the horoscope. So, if Saturn brings death, but we get away with it, it will still be due to the beneficial influence of a good benefic planet on Saturn in the horoscope or the good placement of Saturn self.

My conclusion is that everything in human destiny is set, encoded! Even the changes, the chances, the options we are given are also available, part of our horoscopes.

Where is the free will then?

Probably, it is about what we feel, how do we respond to the events that our destinies propose us? This is important, and this is the real “working out” of the karma. Are we humble, angry, do we love or hate? How do we treat and accept the events that are given to us for learning. We hardly have the option to change our fates. I have not found such option in any horoscope so far. On the contrary, I see a string of specific life events and they become colored in different nuances.

Now I will show you a specific example in a horoscope: 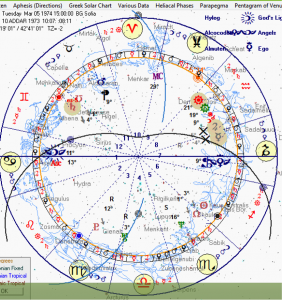 The person X is highly intellectual, very spiritual, gay, lives abroad, is not married and has no children.

All this has happened. Where did it come from and could it be otherwise? I doubt.

For the exact times when important events have happened and will occur in the life of the native can also be spoken very specifically.

It was just a brief illustration of how specific fate can be. We do not know if the native in this case could “skip” his fate. I do not think so. The fact is, it did not happen. If a good astrologer had warned him and revealed all the above-mentioned life events in advance, would he be able to change them? We do not know, but it’s a fact that this did not happen and an astrologer did not warn him. If it had happened, it would have been within the prescribed destiny.

Quite resonant, and perhaps in harmony with the above, I will finish my analysis with the Bulgarian Master Beinsa Douno’s thought:

“When a prophet predicts something bad that does not come to pass, it shows that these people who have been foretold of this thing, have prayed much, and in response to their prayer God has lifted the judgment.” 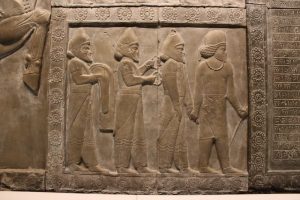