The september 2016 solar and lunar eclipses

The september 2016 solar and lunar eclipses

September will start with an Annular Solar eclipse happening in the 15th degree of Lion (as seen on the sky, not according to the tropical zodiac and the projection on the ecliptic) and will happen at 9.01 CET on 1st of September. This eclipse is a conjunction of Sun and Moon, when the Moon almost covers and blocks the body of the Sun, and what we see is a ring: 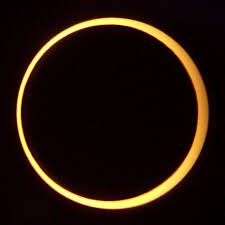 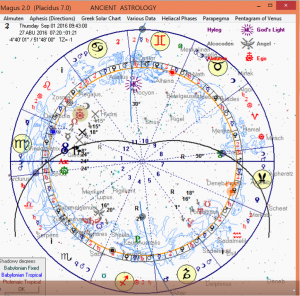 In ancient times the eclipses were considered omens.

People in most part of Africa, Egypt, Saudi Arabia, parts of Indonesia and West coast of Australia will see partial eclipse. It will not be witnessed in Europe, but nevertheless, this is a very bad start of the month for the whole Earth. 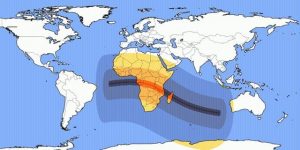 Let’s not forget the ancient Mesopotamian rule that the beginning of the cycle is describing the complete cycle. So, the eclipse will be at its pick three days before and after it takes part.

So, after the 4th of September its influence will not be that sharp, but will be felt within six months after that most strongly in the areas where it was witnessed with a naked eye. There, different unfortunate events may take place, like earthquakes and water disasters, diseases, wars…name it.

This is not the right period to start anything like work, signing contracts, making deals, having medical surgeries. The time is also bad to complete unfinished matters. Postpone this, and meditate instead…Do not take any risks if possible.

This Solar eclipse is involved in a very powerful aspect making square to Saturn, Mars and the fixed star Antares and an opposition to Neptunus. Above all, Jupiter is invisible and not of a big help. This makes the situation and the expected outcomes from the eclipse even stronger and more dangerous especially there where it was visible.

This is not all. On the 16th of September, the Penumbral Lunar eclipse follows as an opposition of the Moon and the Sun and the Earth right between them. It might not be that strong and negative, but will be visible in Europe, most parts of Asia and Australia and from eastern Africa. Europe, West in South America, Pacific, Atlantic, Indian Ocean, Arctic, Antarctica. This eclipse involves Mercury and this means that we should stay away from making any important life decisions three days before or after the eclipse. Also, it is part of a square configuration between Saturn, Mars and Antares. This makes the eclipse quite negative and will bring tensions for sure in the areas where it was visible.

Map where the eclipse will be visible from: 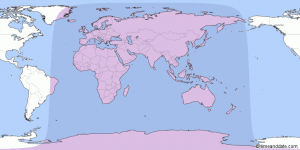 in pink are the shadows of the eclipse.

The right behavious during the eclipses is to be very spiritual, harmonious and positive. After all, we, with our thoughts are creating our own reality.